Growing pumpkins can be a captivating experience, but growing giant pumpkins can be fascinating! As recently as 16 years ago, the heaviest pumpkin on record came in at a mere 403 lbs. Since then the World Record has been broken nine times all using Xtreme Gardening products. Aside from Howard Dill, who held the World Record from 1979 to 1982, no other grower has won the championship more than once. Exceptionally almost all the World Record pumpkins since 1982 have been grown in small backyard gardens. From 2006 with Ron Wallace from Greene, Rhode Island growing the heaviest pumpkin coming in at 1,502 lbs. to the latest World Record with John Hawkley from Napa Valley, California breaking the 2014 World Record with 2,058 lb. giant pumpkin! Xtreme Gardening products have supplied the fundamental biology needed to grow these giants.

If you think this might be your year for growing a giant pumpkin, then it’s time to get started! To properly grow a giant pumpkin you need about three to four months of warm weather, with temperatures that range above 75 degrees fahrenheit. Therefore starting in June is the perfect time. But before you can master the art of growing a giant, you must familiarize yourself with the basic principles of growing pumpkins.

Most champion growers have their own hidden secrets for producing the enormous pumpkins that compete once a year for the title. But first and foremost, it is necessary to start with the right kind of pumpkin seed. The right kind of seed is exclusively bred to produce gigantic pumpkins.

The Xtreme Gardening Feeding Program can make the necessary connection between your crop and the nutrients that are available in your soil. Beginning with germinating your giant pumpkin seed, all the way to maintaining the biology around the root system up until you harvest.

The 2014 winner of the 2,058 lb. pumpkin John Hawkley stated, “I planted a cover crop for 6 pumpkins, about 4,500 sq. ft, using 20 lbs of Mykos mycorrhizae. When planting I used about a cup of Mykos per plant. During the growing season I buried vines with a blend of Mykos & Azos. I estimate I used a little more 5 lbs of Mykos and 1 ½ lbs of Azos per plant.”

With weekly applications of Mykos WP, Azos, and Xtreme Tea a pumpkin can grow up to 50 lbs. a day! It is amazing how rapidly these seasonal crops can grow. Could you imagine how many pumpkin pies you can make with one of these giants?! Although these giants are not meant for consumption.

Pumpkins are not the only produce that you can competitively grow in your garden. Watermelons, tomatoes, cucumbers and many other fruits and vegetables are among a few. So go ahead and try growing your own giant; we have the biology you will need to get your crop to a competitive level! 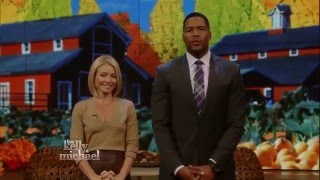